Menu
Log in
Register
Install the app
You are using an out of date browser. It may not display this or other websites correctly.
You should upgrade or use an alternative browser.

We have a 26 year old Burnstead house in the Pacific Northwest. The floors were a bit squeaky when we bought the house 5 years ago. The squeaking has increased quite bit in the years since we bought the house. Pretty much the entire second floor has squeaks. We are hoping to fix the squeaky subfloors when we pull out the the old carpet, before putting in a new carpet.

The solution advised on the Internet seems to be putting in screws about 12 inches apart to properly fasten the subfloor boards to the joists. Does that sound like the right and complete solution?

- Should the screws be closer together than being 12 inch apart?
- Should we be using any other material in addition to the screws, for example, injecting liquid nails / glue? I am not sure if glue was used when the subfloors were originally installed.
- Subfloor appear to be 1/2 or 3/4 inches thick plywood. Should I consider adding another layer of subfloor to make sturdier while screwing it down?
- Will the squeaks go away after using screws or will they eventually come back - how soon? 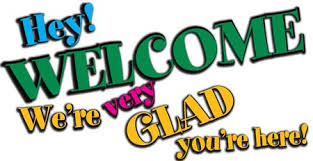 Screws will only destroy your floors ..
J

Nick, thanks. Could you elaborate? I meant screwing down subfloors not floors.

I would do another layer of plywood or OSB if your just doing carpet. I think Nick thought you wanted to screw down an old hardwood floor. Screws are best, buy a screw gun and go at it.

Good old talcum powder,
Cover area brush over tap floor with hammer or your feet getting the powder into the wood and Wait a few days as you walk back n forth most times it works it’s worth a go n so cheap talcum powder £1 pound shop lol

A lady had my grandfather spread flour on the floor for that. Original poster had subfloor squeaks, not wood flooring. But for that, talcum powder would certainly be better then flour.
Thanks for contributing DaveO.

M
Having issues with plank subfloor

W
Reducing squeaks from above before carpeting

Register today and take advantage of membership benefits. It's FREE!

Did you know that registered members can turn off the ads?

Thank you! Please check your email inbox to continue.
There's already a member associated with this email address. Please log in or retrieve your password.
Already a member? Click here to log in
Top