It all started in 1870 when a license was required for anyone who wanted to carry a gun outside their home. But there were no restrictions on keeping a firearm indoors.

Then came the Pistols Act of 1903. A seemingly “reasonable” law to forbade selling pistols to minors or felons and established that handgun could only be sold to license holders.

The Firearms Act of 1920 expanded licensing to all firearms except shotguns and gave police the authority to deny a license to anyone who was "unfitted to be trusted with a firearm".

The 1967 Criminal Justice Act required licenses but not registration for shotguns.

The 1968 Firearms Act consolidated existing laws and gave the Home Office the right to set fees for shotgun licenses.

The Firearms Amendment Act 1988, banned semi-automatic and pump-action rifles; weapons which fire explosive ammunition; short shotguns with magazines; and elevated pump-action and self-loading rifles. Registration was also made mandatory for shotguns, which were required to be kept in secure storage.

In 1996 the government drew up legislation banning handguns above .22 caliber. This was expanded in the Firearms (Amendment) (No. 2) Act 1997 to outlaw .22s as well.

Then came the Violent Crime Reduction Act 2006 which made it an offense to manufacture, import or sell realistic looking imitation guns. It doubled the maximum sentence for carrying an imitation gun to 12 months, and made it a crime to fire an air weapon beyond the boundary of any premises. It also increased the age limit for buying or possessing an air weapon from 17 to 18.

So where did all this gun control get Great Britain?

Today, Great Britain has the highest violent crime rate in the European Union. Assaults, rapes, hot burglaries (burglaries where the homeowner is present) have all increased.

Knife crimes have become so prevalent that the government is now passing draconian knife laws.

To mask this epidemic of crime, GB tried to alter its crime reports. They stopped reporting all crimes and instead only reported crimes in which a conviction was achieved.

They would also count multiple crimes as a single incident. For instance, if there were five burglaries by the same perpetrator, it would be counted as a single crime of burglary. Apparently GB turned to this tactic to save its tourist industry.

The point is we are headed down the same road and it will be worse here. After all, Great Britain does not have drug cartels moving tons of drugs across it's southern border along with the accompanying gangs and the violence they bring.

the cities with the most murders per capita are (drum roll): 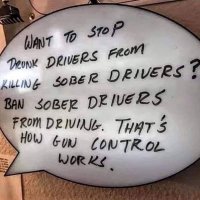 Virginia's proposed law that would confiscate AR 15s did not make it out of committee. Some of the Democrats voted against it, in spite of the governor pushing it. It is on hold until next year. Maybe they will never pass it, hopefully. Most of the county sheriffs have said they will not enforce it.

A friend likes to play his drum. 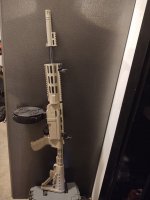 Hopes his band doesn't play in the garage.

A big preliminary win for the California Rifle and Pistol Association in its fight against California’s ludicrous ammunition background check law, the case known as Rhode v. Becerra. US District Court Judge Roger Benitez — the same District Court judge who set off the week-long standard capacity... 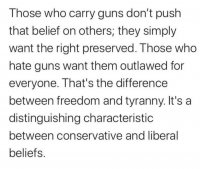 
If passed it would, among other measures, require individuals to obtain a license to possess firearms, raise the minimum age for purchasing firearms and require law enforcement be notified when an individual does not pass a background check.

Sen. Elizabeth Warren, D-Mass., introduced in February a companion bill, S. 3254. Both proposals aim to restrict a class of firearms banned from 1994 to 2004 under a federal law that expired. Companion bills are meant to “promote simultaneous consideration of a measure,” according to the Senate.

Section 803 of Johnson’s H.R. 5717 details the changes that would be made to taxes on firearms and other related items.

It would make pistols, revolvers and other firearms taxable at 30%. Shells and cartridges would be taxable at 50%.

In the U.S. Code, a firearm is defined as “any weapon (including a starter gun) which will ... expel a projectile by the action of an explosive,” “the frame or receiver of any such weapon,” “any firearm muffler or firearm silencer” or “any destructive device.” Destructive devices are bombs, grenades, rockets, missiles, mines or similar instruments.

Ammunition consists of multiple subcomponents: bullets, cartridge cases, powders and primers designed to be used in a firearm, according to federal law.

Andy Phelan, communication director for Johnson, said the legislation would increase taxes on all ammunition, which is commonly referred to as "shells and cartridges" in policy

Maybe after this stupid "defund the police" political crap is done, the people of this city will realize who Democrats really are.

Minneapolis police offer advice on how to stay safe amid crime surge: Give up cellphone

Minneapolis police offer advice on how to stay safe amid crime surge: Give up cellphone

Sad way to learn a lesson when someone's breaking down your front door.
Defund the police, then call 911 and beg and plead for immediate help.

Homeowner "Hello 911, we need help immediately. An intruder with a machete is breaking down our door"

911 "spray him on the eyes with Lysol if he gets in, or just run away because nobody is available to help you today"

“Banning guns is an idea whose time has come.”--Joseph Biden, (D) Vice President of the United States and current candidate for president

I bet some people are really ticked he said that.
.........before becoming president.

I watched that this morning. Be interesting to see if the have proof of the charges or if it's just bashing the NRA, throwing charges an see if any of them stick to the wall.