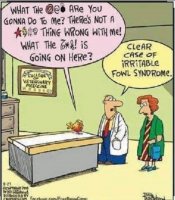 How many politicians does it take to change a light bulb?

Only one, he just holds the bulb up and the whole world revolves around him.

That be our governoris. She so smart.

Well, this here story goes something like this.
Ya see, there was this trucker, and he was on a run one day, and stopped into this diner for a bite to eat.
Well, he sits down at the counter, and the waitress comes over hands him a menu and a glass of water, and says "What'll ya have?"
Well, the trucker says," Ya got any chili?"
The waitress says, "No, I just sold my last bowl to the guy sitting next to you."

So, the trucker looks over at the guy next to him, and notices that he looks like he's mostly finished with his meal 'cept for the bowl of chili sitting there on the counter.

So, the trucker asks the guy, "Hey, are you gonna eat that?"

To which the man replied, "Naw, you go right ahead."
So, the trucker starts eating the chili, which tasted mighty good to him.

Well, he got about halfway through with it, and sees a dead mouse laying at the bottom of the bowl.

UP COMES THE CHILI!!!! Right back into the bowl!!

The guy next to him says," Yep, that's about as far as I got with it too!"

Darqueeze played high school football in Chicago. He was a great running back, but a really poor student.

At graduation, he didn't have enough credits.

The one question test was held in the auditorium and all the students packed the place.

It was standing room only. The principal was on the stage and told him to come up. Diploma in hand, the principal said: "Darqueeze, if you can answer this one question correctly I'll give you your diploma."

"Darqueeze, how much is three times seven?"

Darqueeze looked up at the ceiling and then down at his shoes, pondering the question.

Then Darqueeze held up his hand and the auditorium became silent.

He said, "I think I know the answer. Three times seven is twenty-one."

A hush fell over the auditorium and then all the other students began to chant:

...I hope he was the only one that graduated.

A woman takes her 16-year-old daughter to the doctor. The doctor says, “Okay, Mrs. Jones, what’s the problem?”

The mother says, “It’s my daughter Darla. She keeps getting these cravings, she’s putting on weight and is sick most mornings.”

The doctor gives Darla a good examination then turns to the mother and says, “Well, I don’t know how to tell you this but your Darla is pregnant. About 4 months would be my guess.”

The mother says, “Pregnant?! She can’t be, she has never ever been left alone with a man! Have you Darla?”

Darla says, “No mother! I’ve never even kissed a man!”

The doctor walked over to the window and just stares out it. About five minutes pass and finally the mother says, “Is there something wrong out there doctor?”

The doctor replies, “No, not really, it’s just that the last time anything like this happened, a star appeared in the east and three wise men came over the hill. I’ll be damned if I’m going to miss it this time!”

Seen it before without the giraffes.... That's good. 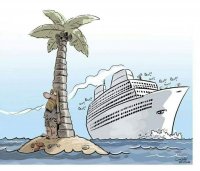 Tom Hanks survived 4 years on an island as a castaway

He was in World War II and rescued Private Ryan

He went to Vietnam and rescued Lieutenant Dan

Was on a boat kidnapped by Somali pirates

Landed a Boeing on the Hudson River

If that son of a bitch dies of coronavirus 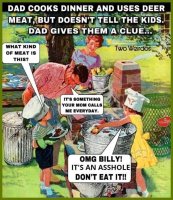 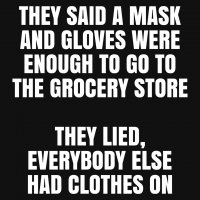